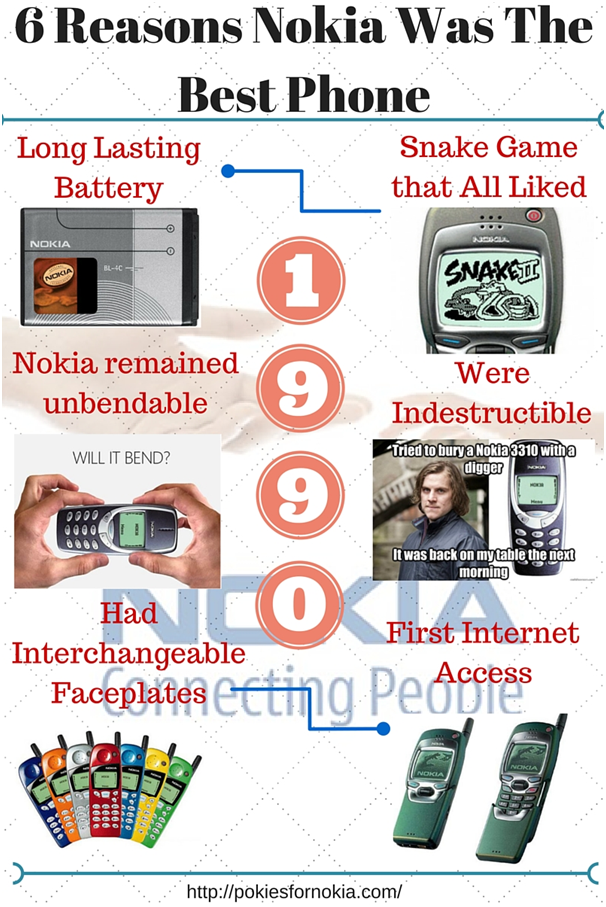 If anyone will ask any Nokia user why he/she always favoured the Nokia phones the answer will be: Battery, Reliability and Snake.  Nokia phones were quite popular in the 1990’s and till late with Nokia Lumia phones it is liked by many of us. Though Nokia is no more releasing any new phones at the moment but it has been a remarkable phone ever. Let us know the 6 reasons Nokia was the best phone.

The Battery of Nokia was /is everlasting for hours. If you compare it with today’s recent phones like iPhone 5 S and Galaxy S5 you will find that the battery doesn’t last more than a day. Nokia was the only independent mobile who could manage for days without charging.

2. Snake Game That All Liked

One of three built-in games in Nokia was the Snake. With great memory this game was continued tapping the 2,4,6 and 8 buttons in Nokia to manoeuvre the snake to little dots of food without bumping into either the walls or tail.

Eating more food made your snake incrementally longer, increasing the challenge. As Tetris was to the original Game Boy, so Snake was to Nokia — a killer application that was worth buying a phone for, and one that found huge traction among young tech players.

Did you remember how many times you had dropped Nokia Phone but it never got damaged. It may have shattered into pieces whenever you dropped it. But it didn’t break, it simply separated into its component parts — back plate, front plate, battery and keyboard — so that you could quickly snap it back together again. Nokia mobile was designed its mobiles to explode harmlessly into bits when dropped but was always indestructible.

Nokia the well built phone always have been remained unbendable. The frame was such designed that it became a robust strength wise.  Though the first mobiles had external antenna and were reliable in making calls. The Nokia lacked access to a thousand-strong app store, but that didn’t stop it from inspiring a whole ecosystem of accessories and digital extras with its poly ringtones.

Nokia offered colourful shades to have a personal touch for phone owners. These interchangeable covers came in black, red, blue, and purple. That changed the appearance of the mobiles entirely.

6. Nokia Mobiles had the first internet

The first access to the mobile web was commercially offered in Finland in 1996 on the Nokia 9000 Communicator phone via the Sonera and Radiolinja networks. This was access to the real internet. Nokia 7110 in 1999 was the first mobile phone with a WAP browser. In 2002 the first Nokia phone to bring GPRS internet services was the 3510i.

Maybe Nokia rise again with its new everlasting phones but the history of Nokia is an inspiration to be always cherished. 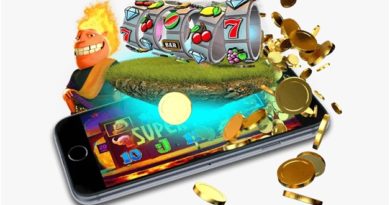 What Are The Best Daily Offers At Mobile Casinos? 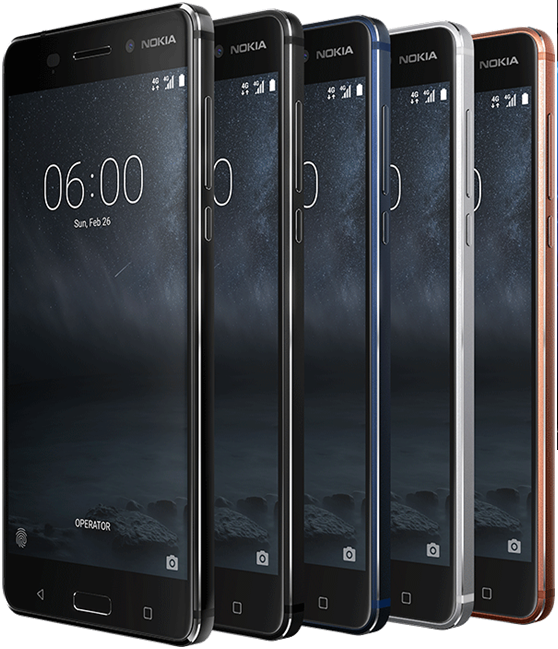 Nokia 6- The outstanding phone with latest Android and immersive entertainment 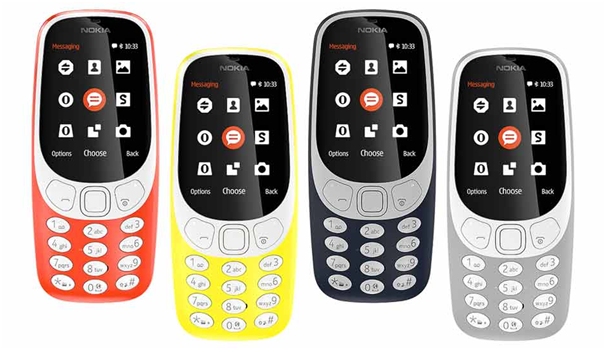 How to use and get best settings in New Nokia 3310?