Nokia 8.1 is probably the first Nokia phone of this year which is somewhat different to its successor Nokia 8 of 2017 and Nokia Sirocco of 2018.

This brand new phone Nokia 8.1 comes with a display size: 6.18-inch with full HD+ PureDisplay. The processor is Qualcomm Snapdragon 710 loaded with Operating System: Android 9 Pie. With 4 GB RAM and storage of 64 GB. The Fingerprint Sensor rear-mounted and comes with a MicroSD slot it has ports of USB Type-C, and 3.5mm headphone jack, Talking of battery then get it strong 500 mAh battery. The network connectivity: Cat 6 LTE, Wi-Fi (802.11 b/g/n/ac), Bluetooth 5. For photography the two rear Camera 12-megapixel + 13-megapixel and Front-Facing Camera comes with 20-megapixel. There are two colors of this phone model one blue and other silver. You can get this phone at AU$699 at JB HI FI and other dealers.

The Nokia 8.1 comes with a strip of stainless steel running around the edge for flair and the USP here comes in the form of PureDisplay. This augmented smartphone display configuration allows the device to not only offer HDR playback but also automatically upscale content from SDR to HDR. Video content on the Nokia 8.1 looks a bit better than it would otherwise.

Where other smartphone companies opt for bloatware and skins, Nokia are doing their best to keep things as close to pure Android as possible. The version of Android 9 that arrives on the Nokia 8.1 tries to respond to this trend by updating the software experience in a few key ways, most of which follow the Google Pixel’s lead. The new adaptive battery life settings, digital wellbeing and nub-based gesture controls work really well and the reworked multitasking interface here is made better by the smooth performance of the thing.

The battery life of Nokia 8.1 lasts about thirteen or more hours in usage  The Nokia 8.1 doesn’t support wireless charging but it does support fast charging via USB Type-C.

It is the first Nokia smartphone to be powered by Qualcomm Snapdragon 710 processor.

The Nokia 8.1 comes equipped with a dual rear camera set up powered by Carl Ziess optics. The device offers 12 MP primary sensor with OIS, EIS and dual tone LED flash. There is also a 13 MP secondary sensor with fixed focus lens designed for depth sensing. On the front you will find the 20 MP fixed focus selfie shooter which claims to offer better low light shots.

The company has also incorporated is Bothie feature in the Nokia smartphone which enable users to use both front and rear cameras simultaneously to capture photos. Also it the dual cameras are capable of capturing portrait shots with Boken effect.

The dual SIM smartphone is built out of 6000 series aluminium and comes with a rear mounted finger print sensor. The handset is backed by a 3500 mAH battery which promises to deliver 22 hours of talk time on a single charge. The mobile has a fast charging support  and on the connectivity front it offers 4G, VoLTE, 3G, WIFI, Bluetooth, GPS and USP Type C port.

Where to buy Nokia 8.1 in Australia?

You can buy Nokia 8.1 mobile in Australia at online stores as well as physical real stores. At $509 get this phone from Buymobile. At shopbot it costs $484 or buy at JBHIFI as well as at Nokia store. 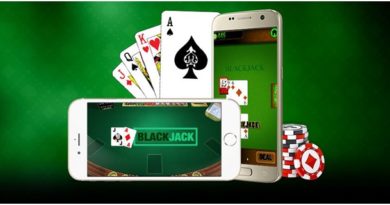 What are the best Blackjack Apps for Nokia mobile? 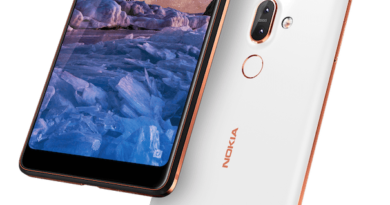 Guide to features and specifications of Nokia 7 plus smartphone 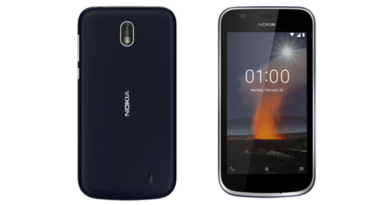