Did you know that Microsoft Mobile’s new Nokia 215 launched in January 2015 cost buyers only $29 without a subsidy or two-year service agreement. Second, after being fully charged it can last in standby mode for a ridiculous 29 days. Where 20 percent of the world’s population doesn’t have access to power to charge a phone,longer standby times makes the Nokia 215 a really budget phone.
According to sources, that 29 days of standby time is just for the Nokia 215 with a single SIM card slot. The Nokia 215 Dual-IM will last 21 days in standby mode before needing a charge. Talk time is about 20 hours, more than any mainstream smartphone running Windows Phone, Android or iOS has ever managed to hit. The Nokia 215 owes the ridiculous battery life to its operating system. Although it’s a Microsoft Mobile made phone, it doesn’t run the Windows Phone operating system.
Even though it’s not running Windows Phone the Nokia 215 is perfect for people that don’t need the latest features. For example, buyers in the Middle East, Africa, Asia and Europe can expect around 50 hours of MP3 playback. The same goes for FM radio playback – the Nokia 215 includes a built-in FM Radio.
Both versions of the Nokia 215 include large number buttons and a directional pad. A rear-facing 0.3 megapixel camera. The display on the Nokia 215 isn’t spacious, it measures just 2.4-inch. That being said, it’s big enough to let buyers see the pictures they take and the Facebook messages that they’re sent by their friends and family. Also Bing Search, MSN Weather, and Facebook are among the apps included on the device. The Opera Mini web browser is also included, though it’ll take a longtime to load some web pages since the Nokia 215 only supports 2G data networks.
The Nokia 215 and Nokia 215 with Dual-SIM feature a polycarbonate shell with a removable battery. Colors include green, black and white.The Nokia 215 is for a broad user base who doesn’t need the most advanced hardware and best software.
According to Microsoft Mobile’s sources Nokia 215 is available in the Middle East, Africa, Asia and Europe for $29 Microsoft hasn’t revealed any plans to launch the Nokia 215 in the United States. But hope it does so too soon in the market! 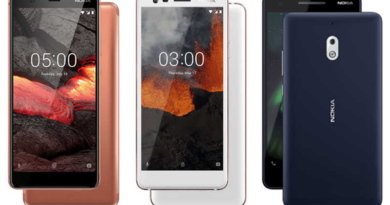 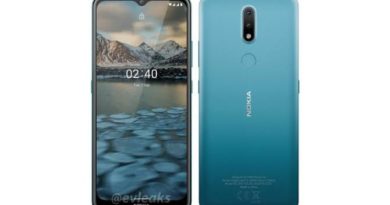 All That You Wish To Know About Nokia 2.4